What You Should Know About Corten Steel

If you’ve ever wondered how shipping containers withstand the harsh and often damp environments they are used in without rusting away, the secret to their longevity may very well be in the type of steel used in their construction: Cor-Ten steel.

What is Cor-Ten Steel?
Cor-Ten steel is a weathering steel traditionally used in the construction of shipping containers. It exhibits increased resistance to atmospheric corrosion when compared to unalloyed steels by forming a firmly adhering protective rust-coloured oxide layer, or patina, on its surface. 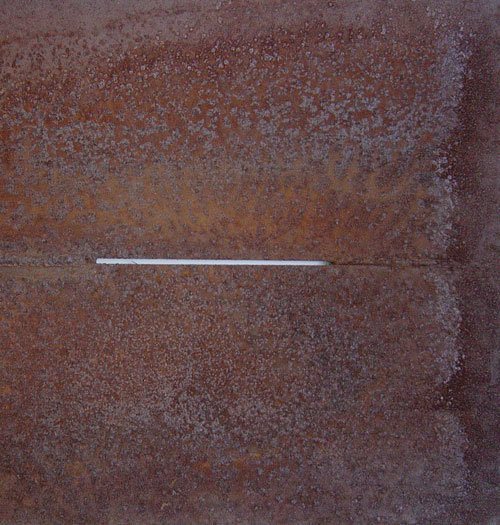 Non-Weathering Steel VS Cor-Ten Steel
Non-weathering steel has a porous oxide layer that holds moisture and promotes ongoing corrosion. After a certain time (dependent on conditions), the rust layer that forms on the steel will delaminate from the surface of the metal, exposing the surface and causing even more damage, giving shipping containers not made of Cor-Ten steel, such as aluminium containers, a useful lifespan of only 6 years.

Cor-Ten steel reacts very differently to its environment by controlling the rate at which oxygen in the atmosphere can react with the surface of the metal, reducing further corrosion and formation of rust typically experienced by non-weathering steel. The layer protecting the surface develops and regenerates continuously when subjected to the influence of the weather. This process usually stabilises after 2-3 years and corrosion almost ceases completely, giving shipping containers made of Cor-Ten steel a lifespan of 15 years. 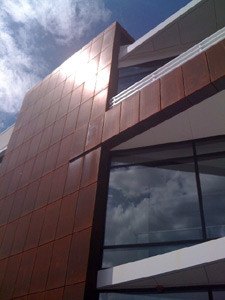 How Was Cor-Ten Steel Developed?
The United States Steel Corporation developed Cor-Ten steel in the 1930s for use in railway coal wagons and as a steel substitute for bridge building where maintenance of the underside was particularly difficult. This high-strength, low alloy, weldable steel was shown to possess good weather resistance in many atmospheric conditions without the need for protective coatings such as paint, which subsequently lent itself to further civil engineering applications in the early 1960s. While Cor-Ten is the primary brand name for the corrosion resistant products that were developed by the United States Steel Corporation, Cor-Ten has been licensed to be produced by other steel manufacturers.

Properties of Cor-Ten
Cor-Ten steel gets its properties through careful manipulation of the alloying elements (up to 2.5%), such as copper, nickel and chromium, added to steel during the production process. There are two different types of Cor-Ten steel- Cor-Ten A and Cor-Ten B. They differ primarily in the amounts of phosphorus alloyed into the mixture, and their uses reflect the different properties imparted to the steel. Cor-Ten A is typically produced as a sheet or coil (from 1.0mm up to 12mm) and has applications in cladding and ductwork. Cor-Ten B is more commonly produced as plate (15mm up to 50mm). Cor-Ten A’s increased phosphorus and copper content assists in the production of the oxide patina that forms on the metal’s surface, thus reducing its susceptibility to rust and corrosion.

Applications
Not only is Cor-Ten steel used in the production of shipping containers, it has also traditionally been used in the construction of bridges, rail cars, transmission towers, chimneys and ships. More recently, Cor-Ten has made an appearance in architectural features and used extensively in buildings such as The RSC Courtyard Theatre in Warwickshire, where the external walls were constructed out of Cor-Ten A. The design firm behind The RSC Courtyard Theatre, Ian Ritchie Architects, states on their website that Cor-Ten is “extremely viable when used appropriately. One vitally important aspect in designing with COR-TEN® is to understand the need for it to cycle between being wet and dry.” 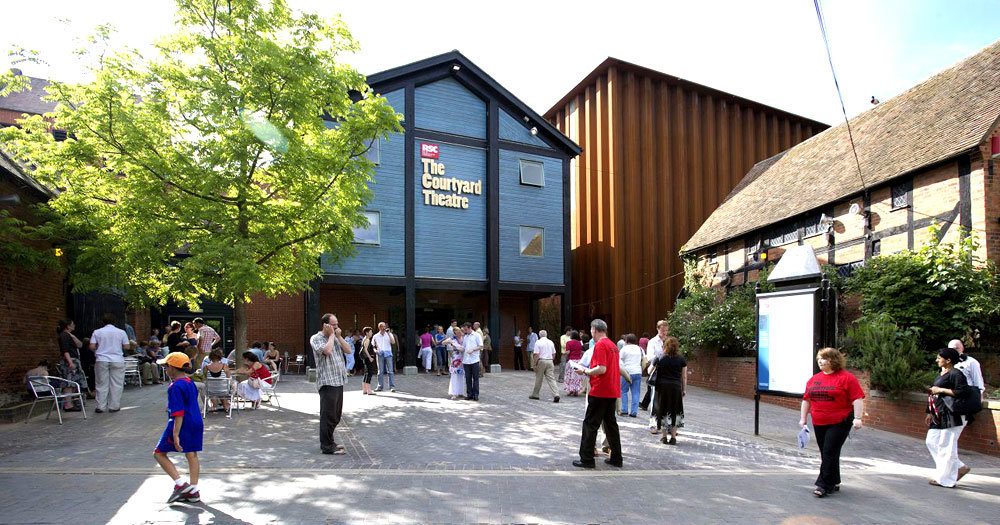 The Wet-Dry Cycle
A requirement for the formation of the protective patina is regular wetting and curing of the surface. The weathering process is dependent on the aggressiveness of the environment into which the steel is placed, and wet and salt-laden air environments may prevent the formation of the protective layer, making adequate ventilation essential. Extra protection against the elements can be achieved through painting the Cor-Ten, and the requirements for painting weathering steel are much the same as for normal grades of steel. One significant advantage that occurs when doing this (as is common in containerised storage) is that damage to the paint does not result in under-creep corrosion to the surrounding painted area.