All over the world recycled shipping containers are popping up as they gain popularity with architects for the construction of education facilities – their low cost and ease of use being a big factor in their decision to use shipping containers.

Mile End Park Youth Centre
Urban Space Management, an organisation specialising in urban regeneration in London, was commissioned by The Environment Trust to develop a Youth Centre in East London’s Mile End Park and being a charity organisation, the Trust wanted something cost effective and quick to build.

The idea of using recycled shipping containers came to the Director of Urban Space Management when he saw them floating down the Thames River past his office.

The Mile End Park Youth Centre consists of two buildings which were created from seven shipping containers in 2003 and are used for classrooms – each building taking just one day to install.

Due to the success of the first two buildings on this site another building, also made from shipping containers, was custom-built to accommodate the Extreme Sports Facility also housed within the centre.

Because this type of project often comes with a small budget and not much space shipping containers are ideal – all the construction on the Meath Gardens Youth Centre was done off-site and craned into place. It was installed within a day so the centre was up and running with minimal disruption to the surrounding parklands.

Morpeth School
Urban Space Management was also employed to design extensions to Morpeth School in London when more classrooms were required. The company created a new learning space by using shipping containers which were craned in over the holiday period – not only were the shipping containers quick and easy to install, they offer a cheaper alternative to conventional building, are environmentally friendly as they produce less carbon emissions and also use less energy for heating. The new container classrooms provide 2,500 sq feet of extra space and are linked to the rest of the school by a decked walkway.

Cuffley School
More space was also needed at Cuffley School, on the outskirts of North London, and shipping containers were once again used to provide extra space for classrooms and music studios. The brightly coloured green and orange rooms are linked to the existing buildings by a covered walkway.

The Wardorf School
In 2011, The Wardorf School of Orange County in California was the first school in the country to use shipping containers to add classrooms on its campus during the “Wardorf Expansion Project” and in the process won the city’s Green Design Award.

Thirty-two shipping containers were modified off-site and then transported to the school creating four new classrooms, an art studio, a science lab, offices and an auditorium. The whole project which added 10,000 sq feet of multi-use space took only 99 days from start to finish and cost significantly less than conventional building materials. 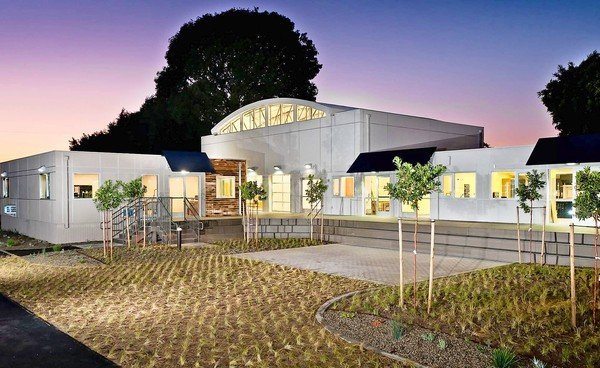 REALM Charter School
The REALM Charter School in Berkeley, California is not your average American High School – it uses a student-centered model that features project-based learning, an emphasis on technology, research and action on concerns in the community and activities that develop emotional resiliency. The students and teachers of the REALM Charter School got together to design and build much needed classroom space.

Their Objective:
“Build a beautiful, functional, inspiring classroom space for use by our fellow high school students at REALM Charter School. Ensure that the structure complies with all codes and school requirements and create an engaging indoor/outdoor space that students and staff want to own and occupy”. 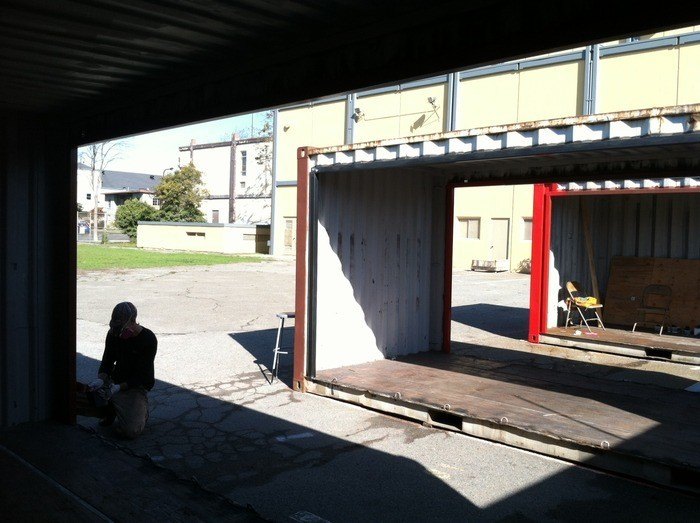 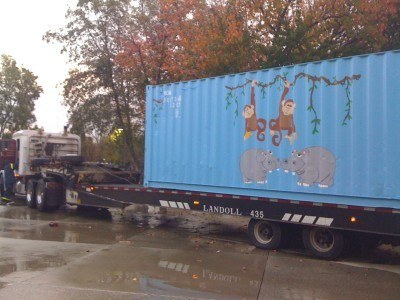 Cargo of Dreams was founded by Marius Van De Colff who has built 15 schools using shipping containers since 2007.

Shipping containers are so versatile! They can be recycled into practicable, portable, or permanent structures at much less than the cost of conventional construction materials.